The Dark Side of the Mushroom, Mount Royale, Montreal, QC, 2012


Dark Side of the Mushroom from natalieecuad on Vimeo.

The Dark Side of the Mushroom, a collaboration with Natalie Doonan, was a live tour and tasting on Mont Royal in Montreal, in April, 2012.  Frederick Law Olmstead designed Mont Royal as a planned wilderness. Located in the heart of the city, this park represents our careful management of fear and desire.  At once a place of children’s play, sport, illicit encounters and cemeteries, this is a site in which the wild is unleashed within carefully maintained boundaries.  This mountain erupting from the earth’s surface also marks a space of conquest - of civilization over ‘savagery’.  This tour and tasting focused on the mushroom as a further symbol of what grows just below the surface of consciousness.  Known in Mexico as ‘carne de los muertos,’ it is significant that mushrooms are called ‘flesh of the dead.’  In The Omnivore’s Dilemma, Michael Pollan points to fungi’s role in supporting life by decomposing dead matter.  Pollan says: “If the soil is the earth’s stomach, fungi supply its digestive enzymes.”  Mushrooms grow in mysterious ways, underground, out of human sight and understanding. 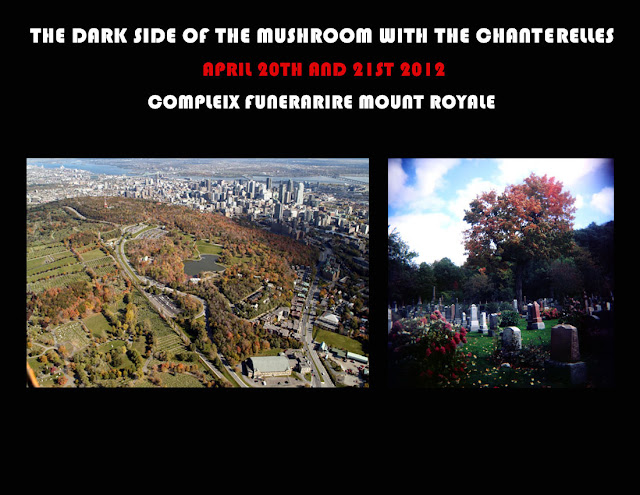 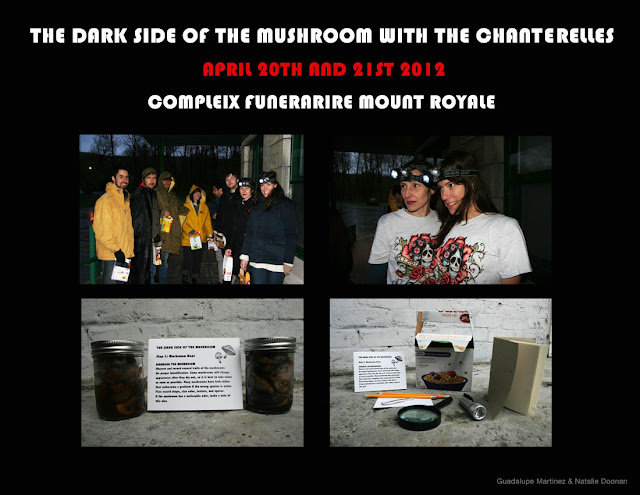 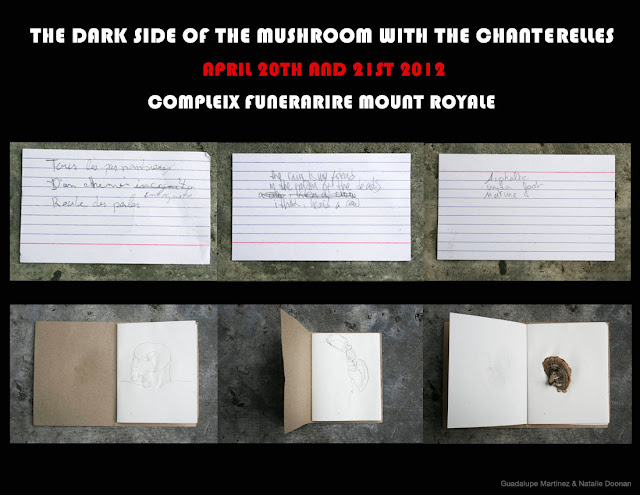 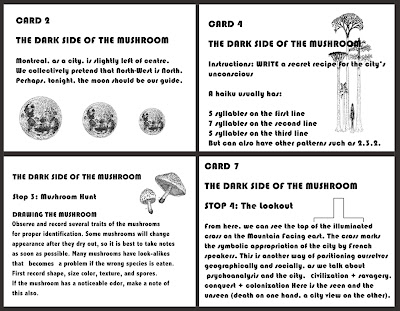 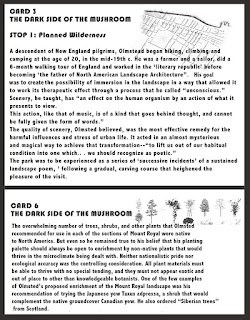 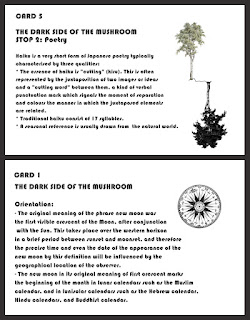